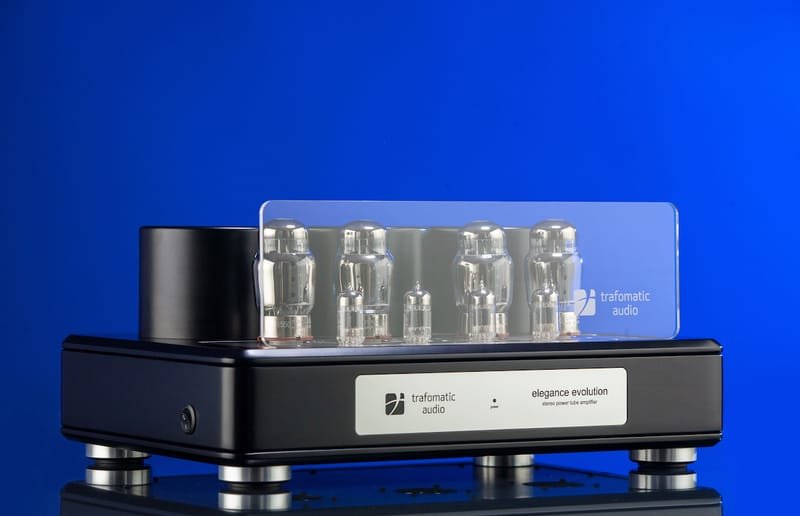 Evolution  Elegance is the most powerful amplifier in the Evolution series. It is constructed as push-pull using well known 6550 (KT88) output tubes. Output power is 50W per channel, which is sufficient for most speakers, even those with lower than average sensitivity.

This is a power amplifier, requiring preamplifier and opening endless possibilities for system configuration. Based on previous work on negative feedback, -6dB reaction has been tuned to provide sound equivalent to a good Single Ended application. Cathode feedback was used as the most musical one. Bass is well controlled, dynamic response is excellent and this amplifier belongs to the very top of its class.

Nippon Chemi-Con electrolytics. Output transformers are based on a Double-C core configuration and Solen fast capacitors are used throughout. Adding well thought-out concept to the mix results in a recognizable high quality sound of our amplifiers.

Modern  styling of Trafomatic Audio amplifiers has been extended to this model as well, which makes a perfect sonic and visual fit with Evolution Line One preamplifier. An excellent starting point for full immersion in good sound. See and hear for yourself.